New Technology and the Chance for Needle-free Dentistry 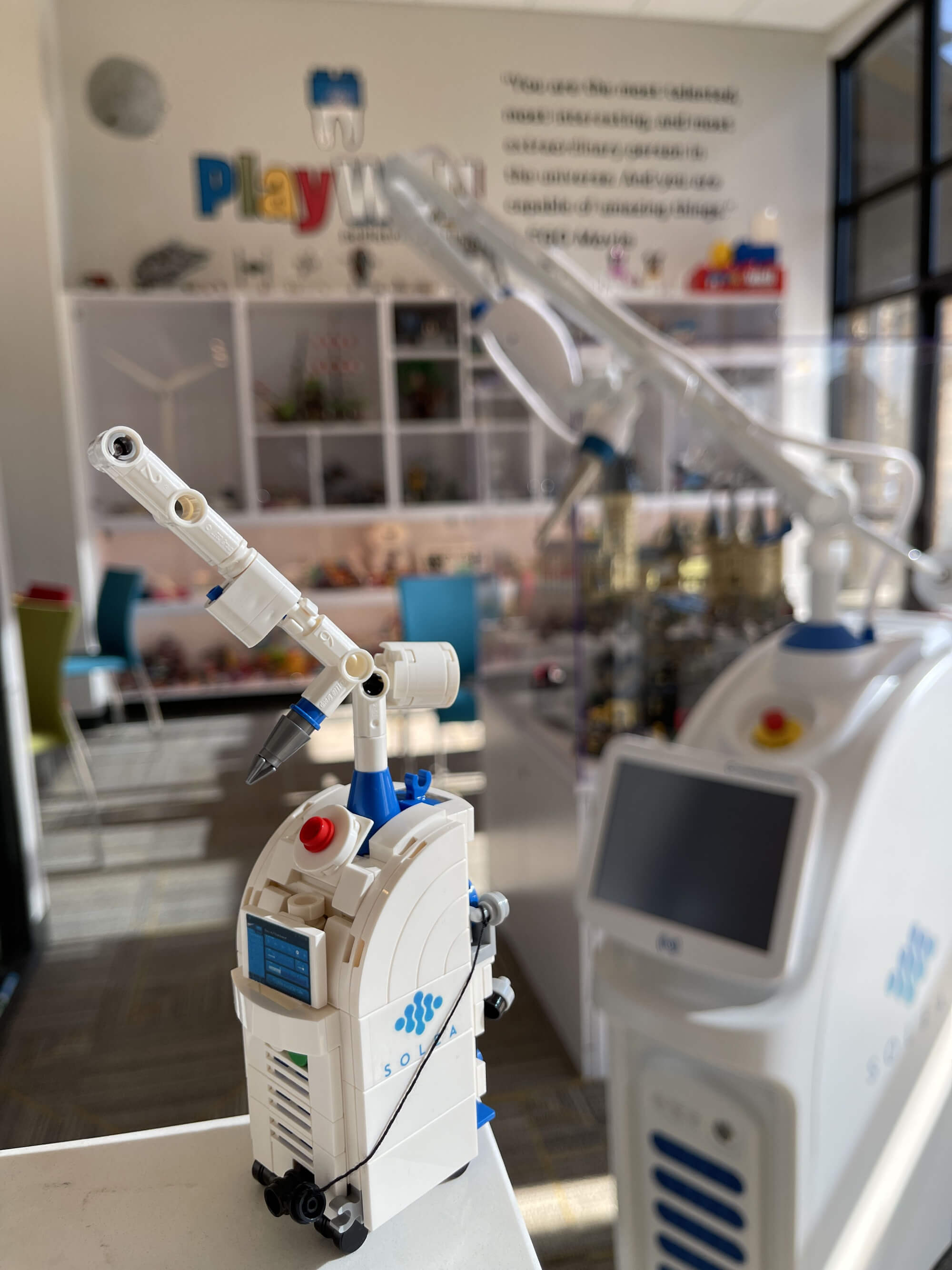 At PlayWell Pediatric Dentistry, we will always be learning. It’s an important part not only for an up-to-date clinical practice but for everyone individually – it keeps us young! One of my favorite YouTube Channels is called “Stay Curious” (I also really like SciShow, Today I Found Out, Be Smart, Osmosis and TED-Ed). We’ve adapted many new dental technologies, new procedures, and updated modalities for existing procedures. Things you won’t find at every pediatric dental office that we offer are things like rotary pulpectomies (not very exciting), Nomad handheld digital x-ray and smaller sensors, intraoral cameras, a modern focus on prevention and minimally invasive approaches to care, new MTA materials for successful pulpotomy treatment, Zirconia crowns (tooth-colored, instead of the stainless-steel crowns – we do both), resin infiltration, and more. But the one I want to talk about today is the Solea Laser, new technology that allows us to do procedures like fillings without the need for “the shot.”

L.A.S.E.R. light is special light – it’s all one precise wavelength (“color”), and the light travels coherently and unidirectionally. All light is energy, and when light is absorbed by a surface, it absorbs the light as heat. When you go outside in the sun, and you wear white (which reflects all light) you are NOT as hot as when you wear black (which absorbs all light). When something we see is blue, it is so because it absorbs most of the visible light that reaches it, but it does not absorb (and therefore reflects) blue light, which runs at a wavelength of about 450 nanometers (nm). A cool YouTube Video I like about blue colors in nature you can watch with your kids is this: https://youtu.be/3g246c6Bv58 (there’s even a LEGO bird on his desk!).

The human body is made up mostly of water. It turns out, there exist wavelengths of light that are so highly absorbed by water that, when produced by a laser with sufficient energy, will transmit that energy to the water and heat it so rapidly and precisely that solid human tissue (remember we’re mostly water) goes not from solid to liquid to gas, but rather “vaporizes” from solid straight to gas. Because the light energy is absorbed SO well, despite the laser being of high energy, the heat does not dissipate beyond the target tissue. You “cut” with the laser at 2 micrometer increments without any hot-handle-of-a-frying-pan effect: no heat being felt by the surrounding tissues. This means we can “ablate” soft tissue and do gingivectomies, excision/biopsy, treat aphthous ulcers (canker sores), and more.

But what’s REALLY COOL, is that the Solea all-tissue laser produces a wavelength that is both highly absorbed by water AND tooth structure. This means we can also ablate tooth structure, i.e. making tooth structure disappear under the magical sparkling healing light. While a handpiece can do this too by physically cutting and washing out tooth structure, using the laser is really advantageous for a few main reasons:

Some kids have a hard time no matter what at the dentist: struggling with laying down, with the invasion or personal space, with having too many things in their mouth, that the suction is loud, etc. We do everything we can in these areas and it’s a big part of what we do – trying to make kids comfortable, relaxed, distracted, and happy at the dentist. But older kids are scared of “the needle” and don’t like getting numb. Most younger kids don’t know that fillings come with shots, and I’m usually able to anesthetize a child painlessly! But young kids often struggle afterwards with being numb. They may find the feeling intolerable and cry 5 minutes after getting “the shot” because now they feel numb and DON’T LIKE IT, or 5 minutes after the procedure is over when the distractions are gone and they’re realizing it at the end, and then they remember for next visit that they don’t like how they felt at the dentist last time.

BUT if we can avoid having to do the one thing that people hate the most about going to the dentist, that makes the most people upset, that gives people the most anxiety, wouldn’t that be nice? Ask us about whether using the Solea laser is appropriate for your child’s treatment! 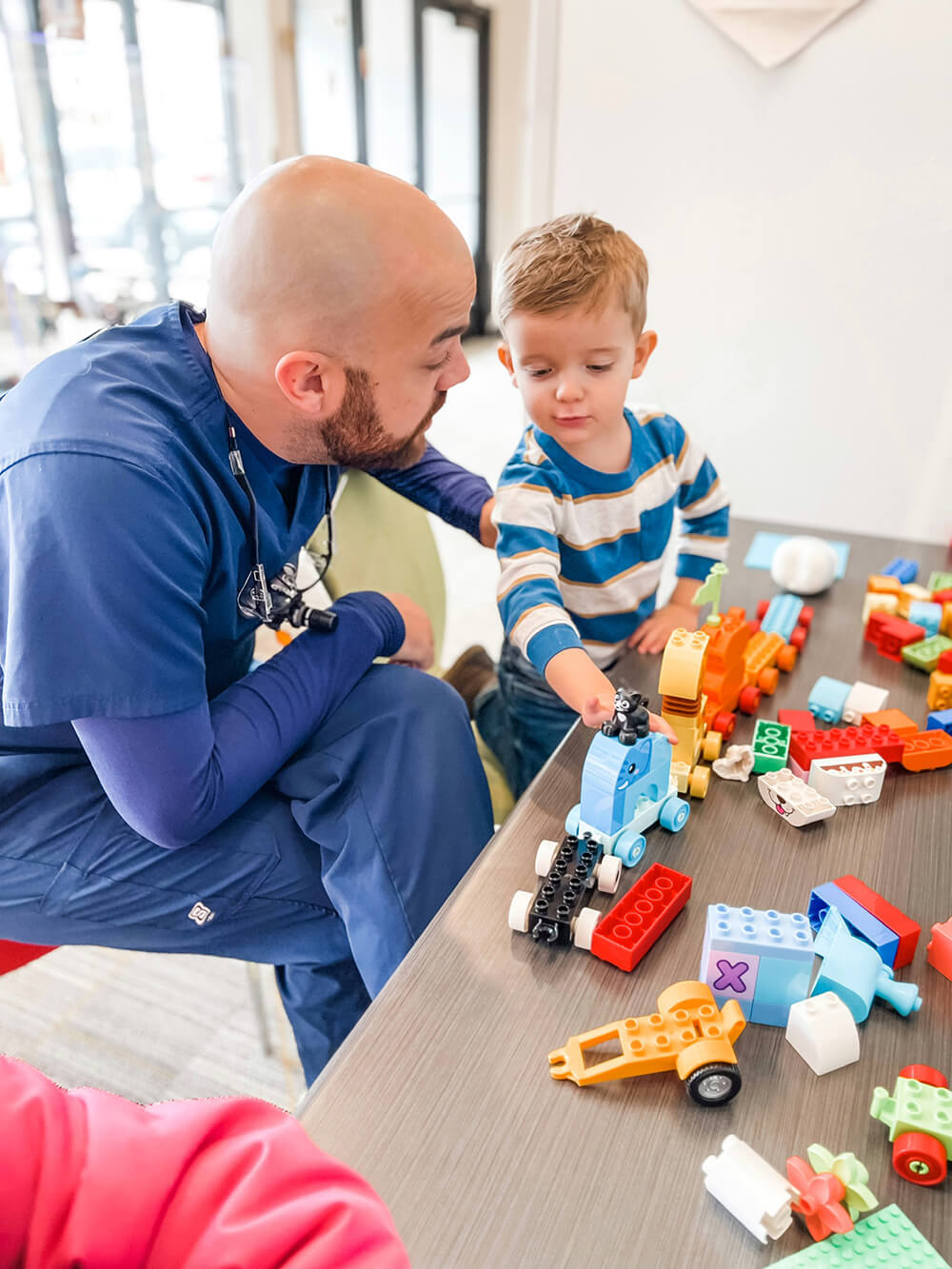 When should my child first see a dentist? 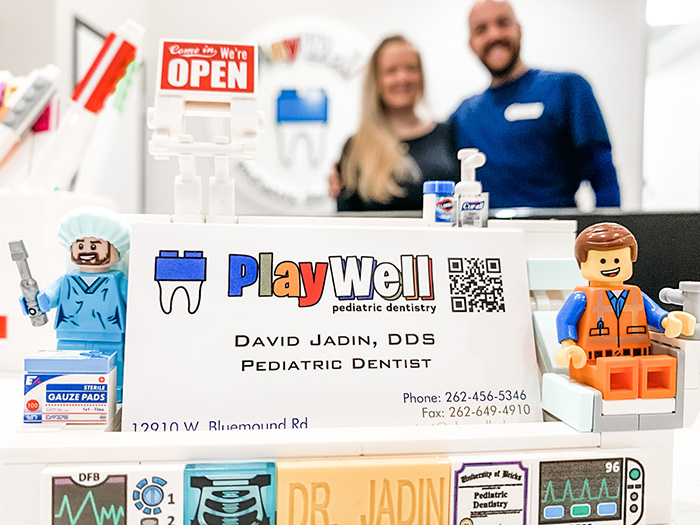 Come Smile With US!

The PlayWell Membership Plan has your kiddo covered with the quality pediatric dental care they need and deserve to grow well with bright oral health. Check out our plan perks and give your child the gift of a beaming smile by joining our patient family today!